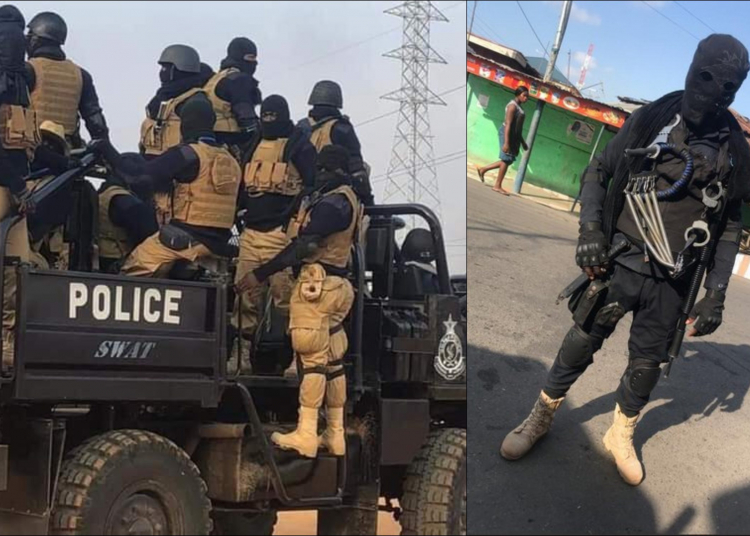 Information reading GhanaStar.com indicates that two fetish priests and a taxi driver have been arrested in a joint security operation, carried out by armed police and military personnel from Accra, for allegedly killing six people at their shrine.

The police have given the names of the fetish priests only as Power-One, believed to be 40 years old, and Famous, 36.

The shrine of both spiritualists was also named ‘Power 1 Herbal & Spiritual Centre’ located at Adu Kwadwo, near Maame Dede in the Upper West Akyem District of the Eastern Region.

The taxi driver, identified as Allotey, was also grabbed for allegedly aiding the fetish priests in committing the alleged crime.

The suspected fetish priests and the driver are being held for ritual murder, fraud, and the production of fake currencies after the raid at the shrine last Thursday.

DAILY GUIDE gathered that the shrine of both spiritualists was raided because the police suspected they had buried people there.

Upon their arrests, the police reportedly marched the suspects to spots where they suspected the remains had been buried, and the suspects allegedly pointed to those spots for the bodies to be exhumed.

The police retrieved fresh human head, skulls, and other human parts tied in a polythene bag and they suspected it was to be used for sacrifice.

The suspects have been transferred to Accra along with the exhibits retrieved.