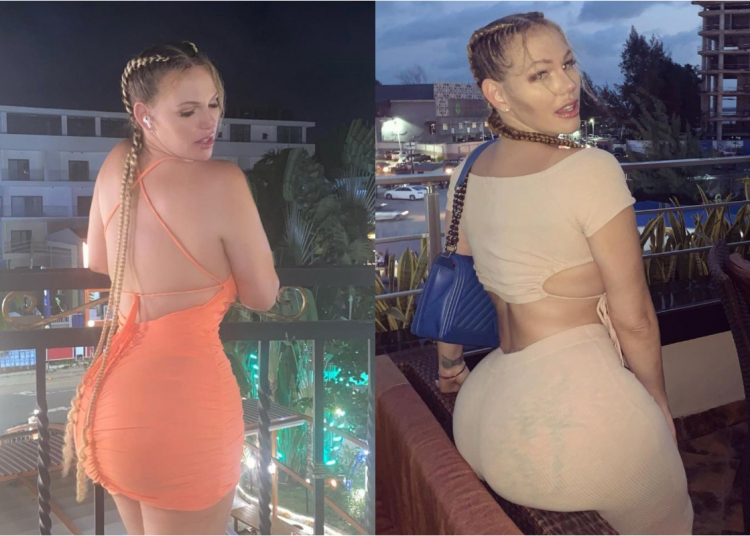 The Ghana Police Service has announced the arrest of two persons in connection with the death of Julie Diane Williams, alias Tyger Booty, a citizen of the US who died at a hotel in Accra.

In a release providing details of its preliminary investigation, the police administration said it had arrested the two individuals to assist in their investigations.

According to the police, they had already supervised a post mortem examination on the body of the deceased model “at the Police Hospital mortuary in the presence of the Police and Godwin King Akpalu, a representative of the deceased’s family who identified the body to the pathologist.

We await the full autopsy report, including toxicology and histopathology examinations.”

“Officials from the United States Embassy have been informed and they have been helpful to the Police in our investigations,” the police added.

However, the Ghana Police in its first statement dated Friday, December 31, 2021, on her death said it “had a meeting, via zoom today, Friday, December 31, 2021, with the family of US national, Julie Diane Williams who was found dead at Rayporsh Hotel at Abelemkpe, a suburb of Accra, on December 14, 2021. The family was officially informed of the investigations being conducted into the circumstances leading to her death. 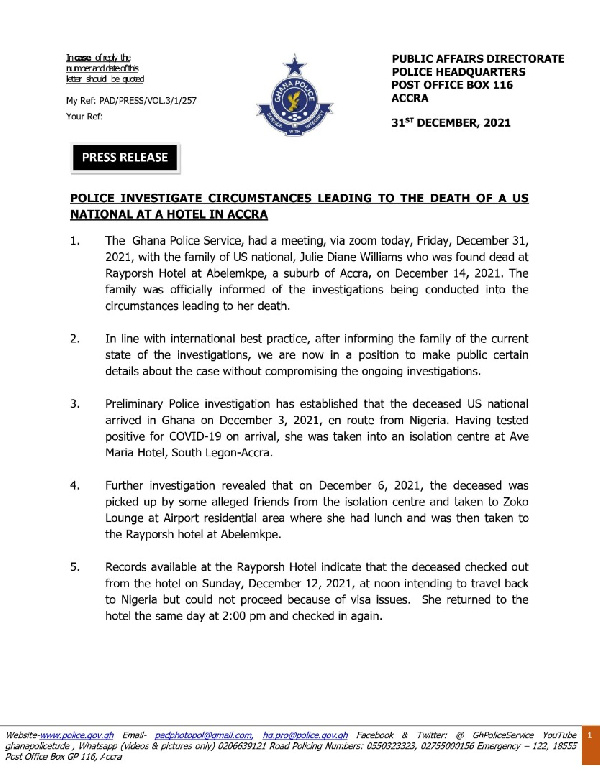 “In line with international best practice, after informing the family of the current state of the investigations, we are now in a position to make public certain details about the case without compromising the ongoing investigations,” the statement said.

On the facts established by its preliminary investigation, the police among other things said the model arrived in Ghana on Friday, December 3, 2021, en route from Nigeria and tested positive for COVID-19 at the airport.

She was taken into isolation at the Ave Maria Hotel, South Legon-Accra but was allegedly picked up by some friends on December 6, 2021, and later checked in at the Rayporsh hotel at Abelemkpe.

“Records available at the Rayporsh Hotel indicate that the deceased checked out from the hotel on Sunday, December 12, 2021, at noon intending to travel back to Nigeria but could not proceed because of visa issues. She returned to the hotel the same day at 2:00 pm and checked in again.

“On December 14, 2021, Police received a complaint from two of the staff of the hotel to the effect that the said Julie Diane Williams was found unconscious in her room at the hotel. A Police team proceeded to the hotel and after the necessary protocols, took her to the Police Hospital where she was pronounced dead on arrival,” the police said.