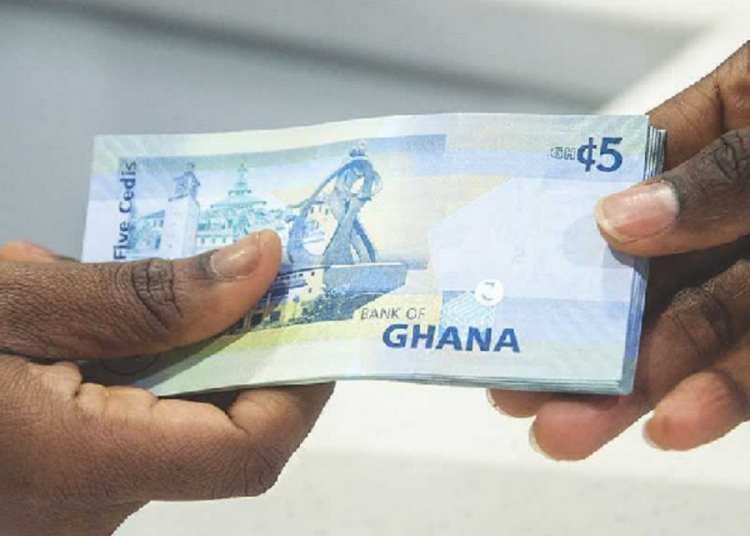 The local currency is back into free-fall mode against its major counterpart trading currency, the US dollar, as it records its highest depreciation since the beginning of the year, B&FT analysis has shown.

Data from the Bank of Ghana interbank FX rates show as of yesterday Tuesday, September 9, 2021, the cedi was trading at GH¢5.85 against the dollar, compared to GH¢5.76 it traded at the beginning of the year – representing 1.64 percent depreciation, the highest it has recorded this year.

In fact, up until May the dollar was rather weakening against the cedi, as the latter recorded five consecutive months of appreciation against the former. The local currency appreciated between 0.2 and 0.5 percent against the dollar within the five-month period. However, the tables began to turn in June when the cedi recorded no appreciation at all – and started depreciating in July. It saw a 0.6 percent depreciation in the month and followed with -1.5 percent at the end of August and currently stands at -1.6 percent.

The sudden turn of events, according to Nana Yaw Owusu Banahene, Country Manager of AZA Finance – a provider of currency trading solutions that accelerate global access to frontier markets through an innovative infrastructure – is indicative of a rebound in economic activities that has put the cedi under pressure due to the economy’s structure, which is largely dependent on imports.

“Business are recovering from COVID-19, which has caused an uptick in business activities. Since our businesses are primarily import-driven, there is a huge demand for FX that far outweighs supply – hence causing the recent depreciation of currency,” he said in an interview with the B&FT.

Asked about his projections for the cedi, as to whether the current depreciation will persist, Mr. Banahene said he foresees the trend continuing till end of the year. He however expressed optimism that the central bank may come up with some interventions to moderate the situation.

“This trend will continue to end of the year as projected by experts. I believe they have put in some short-term measures to intervene in the recent depreciation. There is currently some moderate stability, but there is still huge pressure on the currency,” he said.

Measures to stabilise the currency

One of the measures the Bank of Ghana has adopted is the FX forward auction programme, which seeks to pump US$300million into the economy by end of the year. This intervention aims at reducing speculation, which has been one of the main causes of cedi-depreciation in the past.

Again, the central bank has introduced a domestic gold purchase programme that is aimed at diversifying the traditional means by which the country builds its foreign exchange reserves. And some few weeks ago, the country received its share of the Special Drawing Rights (SDR) of US$1billion from the International Monetary Fund (IMF) to help shore-up foreign exchange reserves at the Bank of Ghana.

According to the IMF, the COVID-19 crisis has increased the amount of foreign exchange Ghana needs to trade with the world (e.g., to pay for imports of vaccines or machinery and equipment) while the capacity to earn foreign exchange through exports has not necessarily improved, pushing managers of the economy to turn to international borrowing in meeting these additional foreign exchange needs.

After over 12 years as a top Vatican cardinal, Cardinal Peter Turkson said he offered Pope Francis his resignation because...