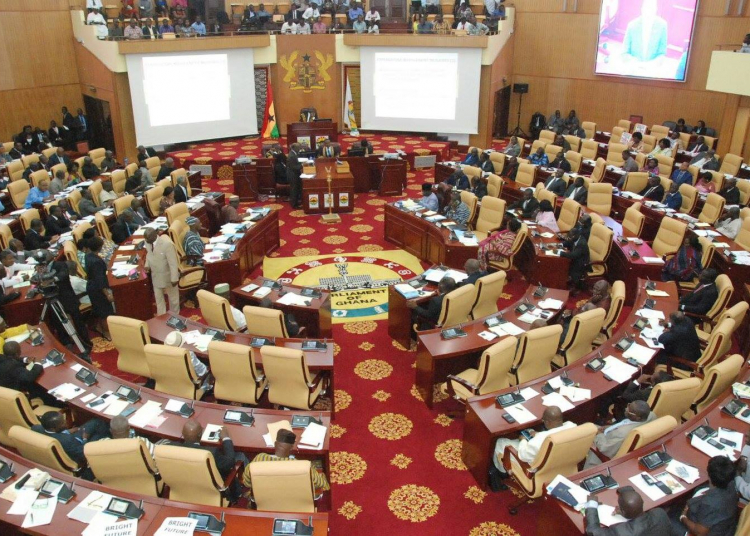 Parliament has condemned the “gruesome and extremely painful murder” of an African-American, George Perry Floyd Jr., who was killed by police during an arrest in Minneapolis, USA, on May 25, 2020.

He was said to have been choked to death while a police officer, Derek Chauvin, knelt on his neck for eight minutes, 46 seconds.

The Member of Parliament (MP) for North Tongu, Samuel Okudzeto Ablakwa, making a statement on the Floor of Parliament yesterday, said the death of Floyd, 46, must “bring an end to all forms of discrimination in the world and may we build for ourselves a fair and just society.”

He said, “the awful and depressing killing of Floyd must be condemned in the strongest possible terms and with all the force this august House can muster.”

“Mr. Speaker, this traumatic episode serves as a chilling reminder that the war against racism has not been won, ” he stated and noted that “George Floyd was pinned to the ground by police officer Derek Chauvin who pressed his knee on Mr. Floyd’s neck for 8 minutes and 46 seconds until he became unconscious and died.”

He indicated that a clear message must go forth that the black race has had enough from slavery, colonialism, neo-colonialism, economic exploitation to structural, and institutional racism, asserting: “Black lives matter! We must force all those knees off our necks!”

According to him, the gruesome and extremely painful murder, which was carried out in broad daylight, was captured on camera.

“The horrific video which will rank amongst the most despicable footage the world has ever seen came with the last words of “I can’t breathe” from a dying Mr. Floyd. Those distressing and extremely agonizing circumstances are forever etched in memory.”

Ablakwa said “racial injustice is a global issue and affects all of us. A few weeks ago we were all witnesses to what happened to fellow Africans including our own citizens in Guangzhou, China when based on mere suspicion of having contracted the novel coronavirus, they were subjected to some of the worse forms of stigmatization.”

The Majority Leader, Osei Kyei-Mensah-Bonsu said the right to life is sacrosanct and that no person should be deprived of his right to life without just cause.
“America is supposed to be a beacon of democracy and epitome of democratic governance. Our democracy borrows hugely from American democratic governance, and it is paradoxical for this heinous crime to happened there.”

According to him, the American society needs to reflect the right to life as enshrined in its Constitution under the Bills of Right, including the respect to human dignity.

The Minority Leader, Haruna Iddrisu also called on US to re-examine the use of force by police in the wake of Floyd’s murder.