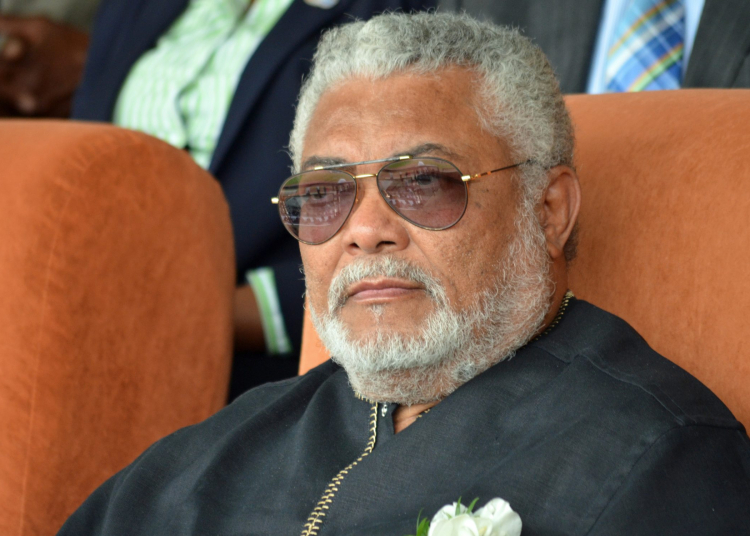 Flt. Lt. Jerry John Rawlings, Head of State during the AFRC days of mid-1979, says he signed Lieutenant General Akwasi Amankwaa Afrifa’s death warrant because he, the former, was naive, and trusted the admonition of a general who asked, “Where is the rogue?”

“It must interest you to know that Afrifa was being provocative and I had him locked up, and he wasn’t feeling too good so I asked that they [take] him to hospital. After he recovered, the gentleman keeping an eye on him was called Dennis, asked what needs to be done to Afrifa so I asked him to let him go home,” Rawlings told Kwaku Sakyi-Addo of Asaase Radio in part two of their controversial interview.

According to Rawlings, some true proper Generals who should have paid the price would have been 80 or more.

“Unfortunately, too many of the names belong to a certain ethnic group. If we had to punish them with the execution [which people wanted], it was going to look like ethnic cleansing. That’s how come we had to load the faults on the heads of the commanders, including innocent ones and to limit the number,” the former military leader recounted.

He said that the execution of the innocent Generals was very painful “because some of them were good people and didn’t deserve to die but that was the only way we could prevent the thing from getting out of hand”.

Rawlings added that on the eve of the execution, with a heavy heart and tears in his eyes he presented the list of those to be executed to a senior colleague officer who was also a General and the latter asked “where is the rogue? The rogue’s name is not on the list.”

Rawlings said that even though he didn’t know who the general was talking about, he was at a point very shocked.

“So, I turned towards him expecting him to say who he meant by that rogue. Because here you are, trying to prevent a situation with such a list, for him to be asking for an additional name, a name that was not on the list, took me aback a little. Then he said General Afrifa,” Rawlings added, refusing to disclose the name of the general.

Rawlings explained that this officer convinced him by stating, “Afrifa had been advanced a good lot of money to wage a campaign against Acheampong’s union government and instead of using that money for that purpose,…he used the money to edge out Paa Willie [William Ofori-Atta] and took over the leadership of that party…so I kept quiet collected the list and went away and did what I had to do.”

When asked whether General Afrifa’s name was added to the list, Rawlings stated: “it was obvious that his name would have to be added, because we would have to make some serious sacrifices and the guiltier you are, the easier you could be”.

A “naïve” Rawlings would later understand the politics at the time, he gave an alibi.

Rawlings explained that what the said General told him about Afrifa could very well be true, “however, I think he wanted that man out of the way because he felt upstaged by General Afrifa by virtue of the 1966 coup. Until then, he thought he was a rising star, the point man for Western Intelligence Organizations.”

“When we compiled the list, none of us had Afrifa in mind. But when you hold such a General in awe and you’re just a young officer flashed into a situation like this and people have to go…it is not illogical.”