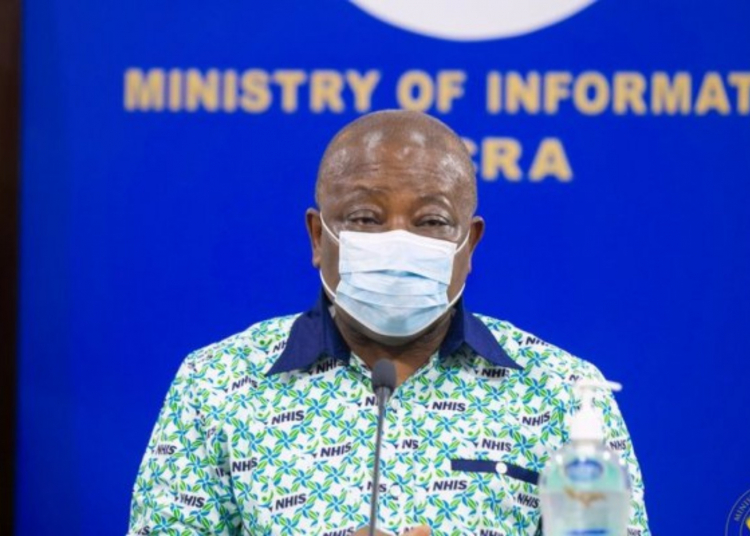 Mr. Kwaku Agyemang Manu, the Minister of Health, has served notice that the government would not be pressured to shut down Senior High Schools over COVID-19 fears.

He said the current number of cases recorded in some schools was not enough ground to send the students back home and that, government was determined to deal with the outbreak and protect all students in affected schools.

The Minister told journalists after inspecting some hospital projects in the Ashanti Region that, “closing down schools is defeatist and a cowardly person’s approach to solving problems”.

“When we are confronted with problems, we don’t go back and say we have withdrawn, but fight and overcome them. Look elsewhere especially, America where the numbers are huge but they are opening schools,” he said justifying the government’s position.

He said no one could predict when the pandemic would end, so closing down schools was not the way to go, but to confront the challenge head-on.

“We will fight the disease and do things that would solve the challenges that we have to protect the children. We all care about them because some of us have kids in the senior high schools,” he assured.

The Minister disclosed that preliminary investigation into the outbreak pointed to congestion in affected schools and that the case management team was exploring the option of decongesting such schools.

He rejected calls for mass testing of students which, he said, was not the panacea to the situation, adding that, such a move would overwhelm the testing centres who were already dealing with a backlog of test results.

Dr. Patrick Kuma-Aboagye, the Director General of the Ghana Health Service (GHS), also reiterated the safety of students despite confirmed cases, saying that the case management team for COVID-19 was capable of handling the situation.

He said 110 cases in 34 schools had so far been recorded out of over 400,000 students in affected schools, insisting that the data did not warrant closure of schools at this point.

He noted that systems had been put in place to pick out suspected cases in schools for prompt care, and assured parents that their wards were safe in the school environment.