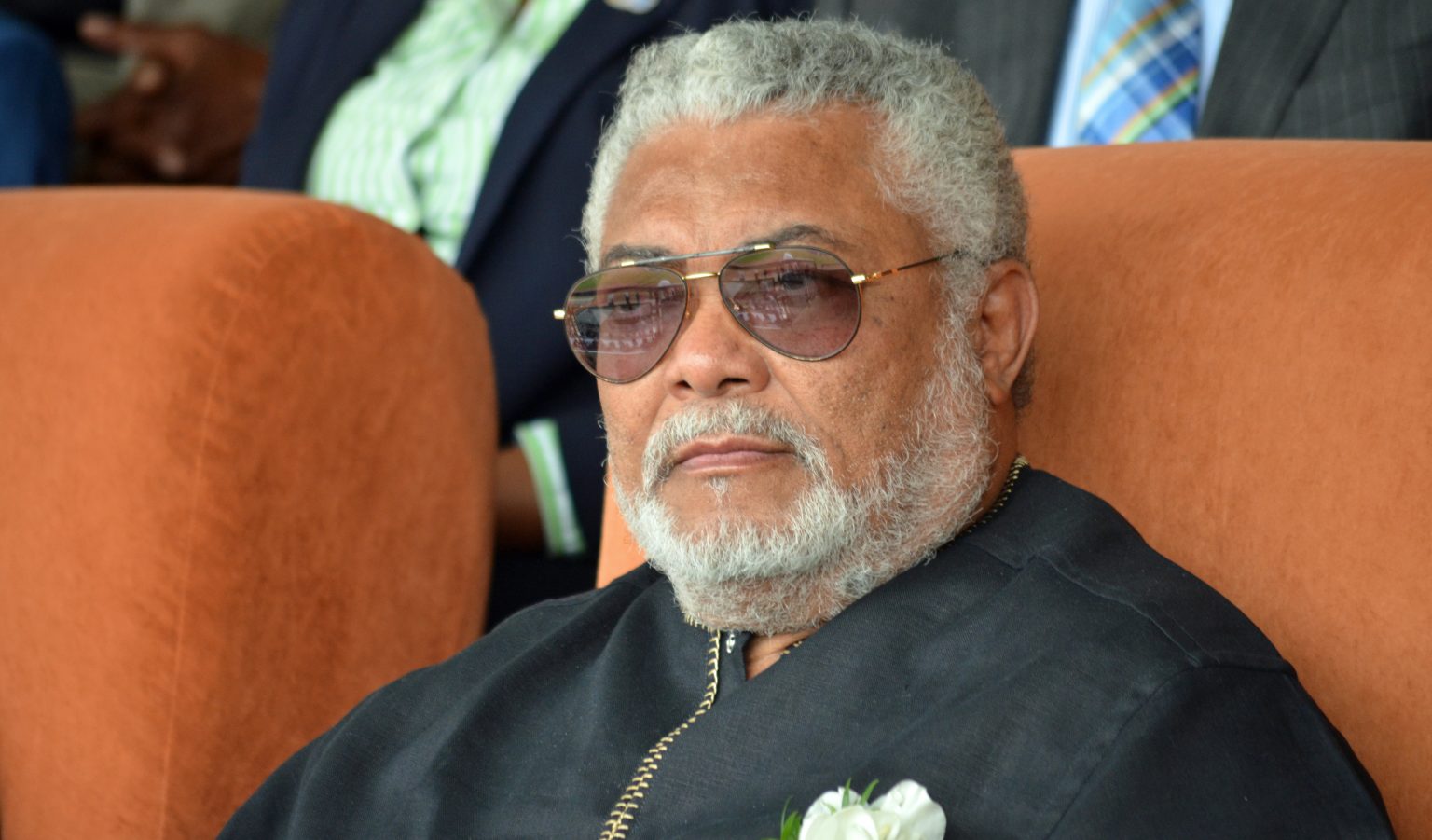 He is said to have passed on at the nation’s premier hospital, the Korle Bu Teaching Hospital.

Jerry Rawlings had been on admission at the hospital for about a week for an undisclosed ailment.

As a former Ghanaian military leader and subsequent politician, Rawlings led a military junta from 1981 until 1992.

He then served two terms as the democratically elected President of Ghana from January 1993 to January 2001.

The late former president initially came to power as a flight lieutenant of the Ghana Air Force following a coup in 1979.

Before this, he led an unsuccessful coup attempt against the ruling military government in 1979, just five weeks before scheduled democratic elections were due to take place.

After initially handing power over to a civilian government, he took back control of the country on December 31, 1981 as the Chairman of the Provisional National Defense Council (PNDC).

In 1992, Rawlings resigned from the military, founded the National Democratic Congress (NDC), and became the first President of the 4th Republic.

The whole country has been thrown into a state of mourning following the death of the former president which occurred today, November 12, 2020, after a short illness.

In an official statement by President Nana Addo-Dankwa Akufo-Addo, seven-day national mourning has been declared starting from Friday, November 13, 2020.

Also, all national flags have been directed to fly at half-mast for the next seven days in all parts of the country.

“In honour of the memory of the former President Rawlings, my Vice President and I have suspended our political campaign for same period,” the President added.