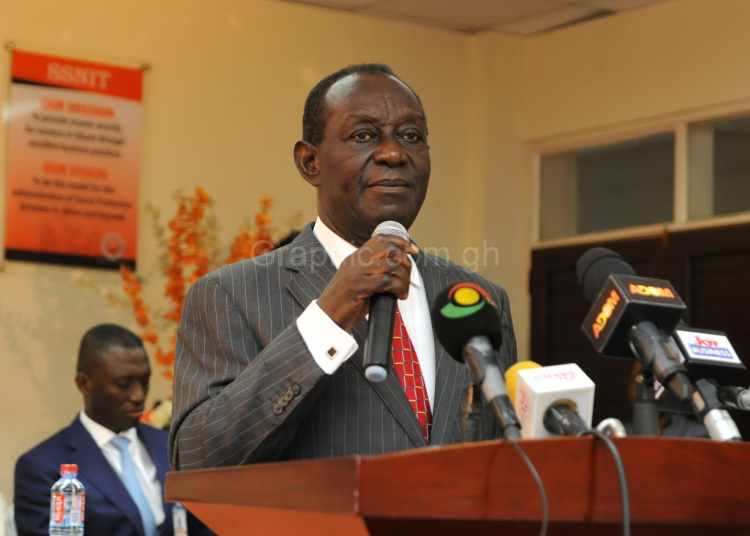 The Ministry of the Interior and the Ghana Medical Association have congratulated Dr Kwame Addo Kufuor, the former Minister of the Interior, on his 80th Birthday, which falls on Monday, July 13.

The Medical Association said: “Dr Kwame Addo Kufuor, as you celebrate your 80th Birthday, the Ghana Medical Association wishes you good health and long life. God Bless you now and always as you continue to serve the medical fraternity and the nation at large.”

These were in separate statements signed by Mrs Adelaide Anno-Kumi, the Chief Director of the Ministry of the Interior, and Dr Frank Ankobia, the President of the Ghana Medical Association, and copied to the Ghana News Agency on Monday.

The following are the full texts of the statements:

The Ministry of the Interior:

As the Minister of Defence and Acting Minister for the Interior, he set up the Special Joint Police/Military Highway Patrol Team to check armed robbery on the highways as well as check compliance to the highway codes in a bid to end fatalities on our roads.

At the inauguration of this Special Joint Police and Military Highway Patrol Team, he had this to say.

“The team would check the unnecessary loss of lives on our roads and the unwarranted attack on innocent people along the country‘s highways”.

Dr Addo Kufuor pursued his vision assiduously and to a logical end.

As Minister for the Interior, he represented the country at several security and migration fora, both at home and abroad were he distinguished himself in particular and the sector as a whole.

He led a delegation to the E.U. Africa Dialogue on Migration, Paris France in 2008, where he delivered a powerful speech on migration management.

His impeccable sense of dressing and open door approach to work endeared him to all and sundry. His smile was infectious.

Those of us who worked directly with him during his tenure, speak with fondness of the good relations he had with us and were looking forward to more of such until he resigned in January 2009 as Minister for the Interior in his bid to seek a higher office. We recall his handing-over ceremony was a solemn occasion.

On behalf of the Minister for the Interior, Management, Staff and supporting staff, and Heads and Staff of all Agencies under the Ministry of the Interior, we say AYEKOO as you celebrate your 80th Birthday.

The Citation of the Ghana Medical Association:

He did his post graduate training at the Middlesex Medical School Hospital, London, where he passed the MRCP (London) In 1975. He has worked in several hospitals in London and also at the Korle Bu Teaching Hospital and Komfo Anokye Teaching Hospital in Ghana.

For several years, he was a part time lecturer at the Medical School, Kwame Nkrumah University of Science and Technology (KNUST), Kumasi, where he worked at Kufuor Clinic, Kumasi.

Aside the quality lectures he gave at KNUST, he supported Karle Bu Teaching Hospital as Member of the University of Ghana Medical School Council and Inspector of Examination: for the final year Bachelor of Medicine students.

He was appointed by the Medical and Dental Council as a member of the board of examiners for foreign trained doctors applying to work in Ghana.

It is commendable that most of these services were rendered free of charge, since he neither took salary nor any allowances from the University.

Dr. Kwame Addo Kufuor is a dedicated member of the Ghana Medical Association. His contributions to the Association and to medical practice in Ghana cannot be over-emphasised.

In October 2003, Dr. Kwame Addo Kufuor, then as Minister of Defence of the Republic of Ghana, commissioned the new Ghana Medical Association building at Korle Bu.

Dr. Kwame Addo Kufuor was a Representative for West Africa on the Confederation of African Medical Associations. He was awarded the Gold Medal for distinguished medical practice by the Ghana Medical and Dental Council. He was awarded the Order of the Volta (Companion) by the Government of Ghana in recognition of his sterling contribution to health care in the country.

Dr Kwame Addo Kufuor continues to play a key role in the activities of the Association to date.

He contributed immensely to the Association securing at a competitive rate some SSNIT Flats at Borteyman in Accra and Asokore Mampong in Kumasi for its members.

Dr Kwame Addo Kufuor, as you celebrate your 80th Birthday, the Ghana Medical Association wishes you good health and long life. God Bless you now and always as you continue to serve the medical fraternity and the nation at large.