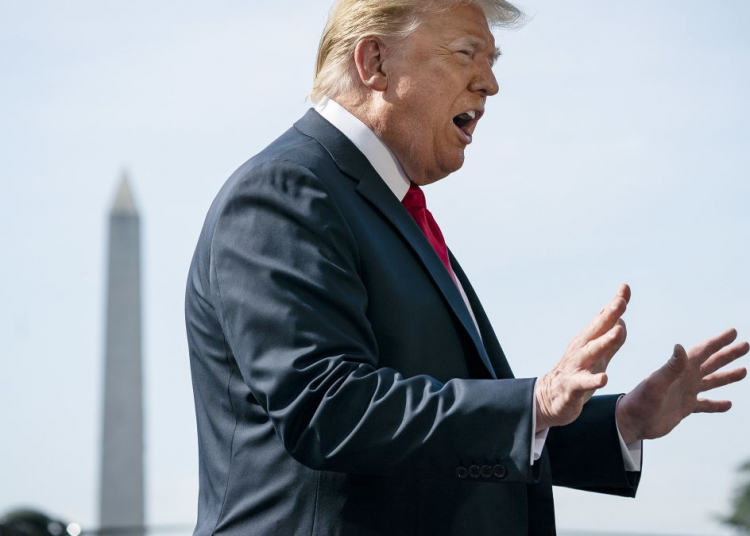 More than 200 would-be immigrants from about 70 countries who were winners in the United States government’s Diversity Visa lottery program and relatives in the U.S. have filed a lawsuit against the Trump administration over the president’s recent executive order suspending immigration until next year.

“The plaintiffs in the case followed the rules, and did everything they were supposed to do. They had planned to build a new life in the United States of America,” the lawyer Curtis Lee Morrison, based in Los Angeles, told el Nuevo Herald.

The federal lawsuit was filed in the District of Columbia and claims that the Trump administration has repeatedly attacked the Diversity Visa program, created by Congress in 1990 with the purpose of facilitating immigration from countries that are underrepresented in the demographics of the U.S.

The executive order, enacted in June, prevents the winners of the Diversity Visa Giveaway, just over 50,000 people, from completing the process of their immigrant visa application.

The State Department has said it will not make an exception for immigrants, who must complete their application before the end of September.

Trump has said the order seeks to protect the U.S. job market at a time when the coronavirus pandemic has triggered unemployment and an economic recession is feared. But the lawyers and almost 500 plaintiffs – including the visa winners and relatives – disagree.

The executive order also affects the family claims of permanent residents in the United States. Thousands of them have joined in a petition to revoke the measure on the We the People platform, hosted on the White House site.

The countries with the highest representation among the winners of the Diversity Lottery in 2020 are Cuba and Venezuela, with 2,703 and 1,068 visas, respectively. The plaintiffs include family members from both communities, as well as from distant countries such as Egypt, Ukraine, Qatar and Lithuania, among others.

Morrison said that in November 2017 the Trump administration asked Congress to cancel the Visa lottery program. Failing to reach a bipartisan agreement, the White House renewed its request in 2018, and when Congress rejected it, the administration “took a series of executive measures in 2020 to sabotage,” he said. As of May 2020, only two immigrant visas had been processed, the lawyer said.

The immigration ban until the new year directly impacts tens of thousands of people who had won the raffle in 2019. “Our dream was always to go to the United States to meet our family there and work to fulfill our dreams as professionals,” said Katia Elena Casanova from Cuba, an industrial chemist who, along with her husband, won the Diversity Lottery.

“My husband has always believed in the power of the Law of Attraction. We never doubted that we would win that raffle, but our hearts fell when President Trump signed the new decree,” she said.

To meet the requirements of the United States to grant her an immigrant visa, Casanova and her husband sold some of their belongings. “We needed at least 2,500 dollars per person to travel to Guyana for the interview. Now we have debts and they took away the hope of traveling,” she said.

“We are university students, young people and workers. We want to bring the best of us to the United States and make that country our home,” Casanova said.

Morrison said he is optimistic that the judge in charge of the case will issue a favorable decision for immigrants in August.

“Nothing is more monstrous than giving hope to desperate people, and then revoking that hope,” he added. The lawyer said his clients “are incredible and very kind and patient.”

“All they want to do is contribute to making the United States a better country,” he said.