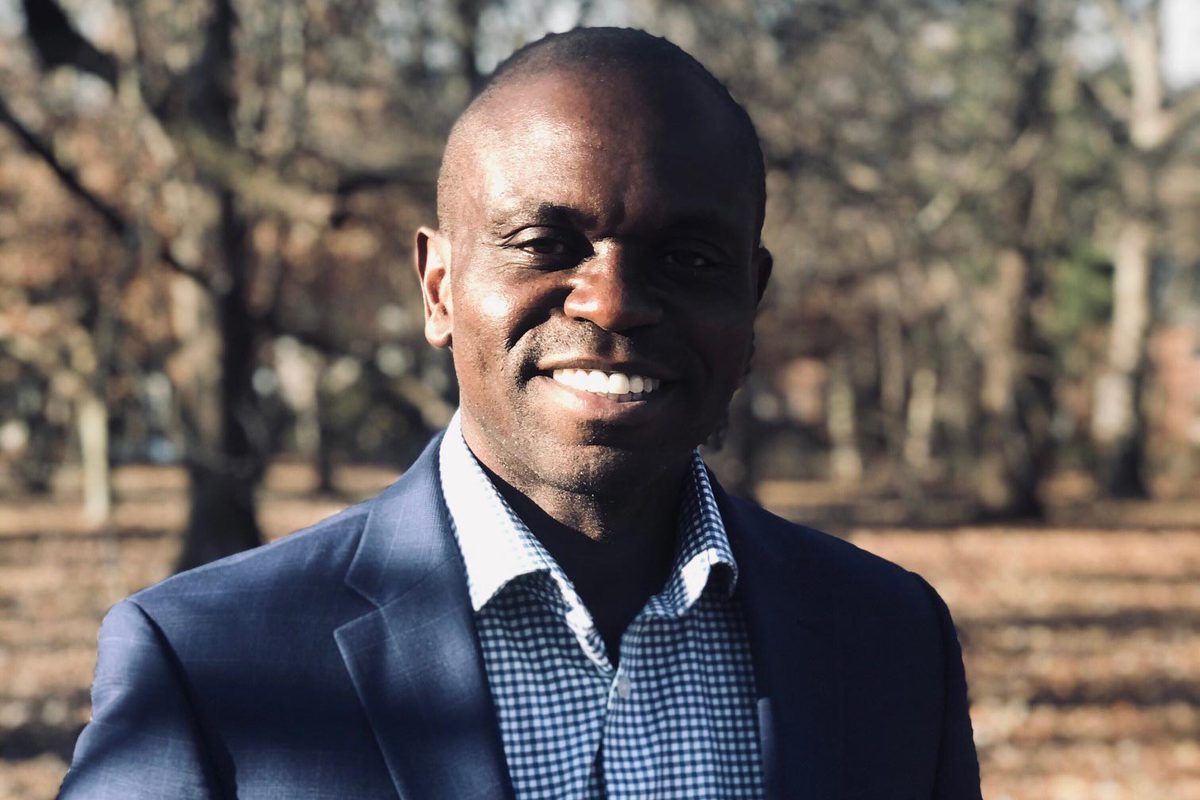 Ghanaian-born Paul Mensah is a chemical engineer and the vice president of the bioprocess research and development group at Pfizer in St. Louis, in the USA.

He led the team based in St. Louis and Andover, Massachusetts to develop the Pfizer-BioNTech vaccine to fight the Coronavirus.

Mensah was responsible for developing and manufacturing the vaccine’s DNA starting material and the messenger RNA drug substance that ultimately becomes the vaccine.

His role is significant especially in restoring trust and easing the concerns about the vaccine to people in Black and brown communities.

Mensah has told the St. Louis public radio that he takes pride in knowing that he and his wife have taken the vaccine and that his kids will eventually get it too.
He said in that interview that “I was just ecstatic and relieved. We’ve had a team of people who have been working nonstop on this product. And when you work on these things, you never know if it’s going to work.

And we never expected that it would be 95% effective. . ..You want to work on things that are impactful. But the impact of this one is especially significant because it’s not just a small patient. The whole world — the whole world — is a patient.”

Mensah also answered questions about the distrust from Black people about the Covid-19 vaccine and whether they should get it.

“The history of clinical testing with Black folks in particular, the Tuskegee experiment, I think it’s a good reason why Black people have been skeptical about vaccines and pharmaceutical companies in general.

But I think, you know, since that experiment and over time, I think there have been significant improvements in that process. And there’s been lots of work that has been put in place such that those types of experiments will not happen again,” Mensah said.

Paul has a global scope of responsibilities, overseeing and providing strategic direction to the scientific and operational implementation plans for all aspects of bioprocess technologies and activities to support Pfizer’s growing portfolio.

Paul joined Pfizer in 1999 and prior to his current role, Paul led the Culture Process Development group in Bioprocess R&D, which is responsible for the development, characterization, transfer, and scale-up of cell culture and fermentation processes from the regulatory toxicology stage through to licensure.

In the early part of his career, Paul held roles in the Purification Process Development group and has led teams for several biotherapeutics, helping to steer them through clinical development, from Phase 1 through Phase 3. He also served as a Research Project Leader for an asset in the Rare Disease Research Unit.

Paul serves on the advisory board of the Chemical Engineering Department at the University of Virginia and is a member of the External Advisory Committee for the CHO-g2p Advanced Biomanufacturing project, an NSF-funded project involving Clemson University, University of Delaware, Tulane University and Delaware State University.