The Most Exciting Spectator Sports 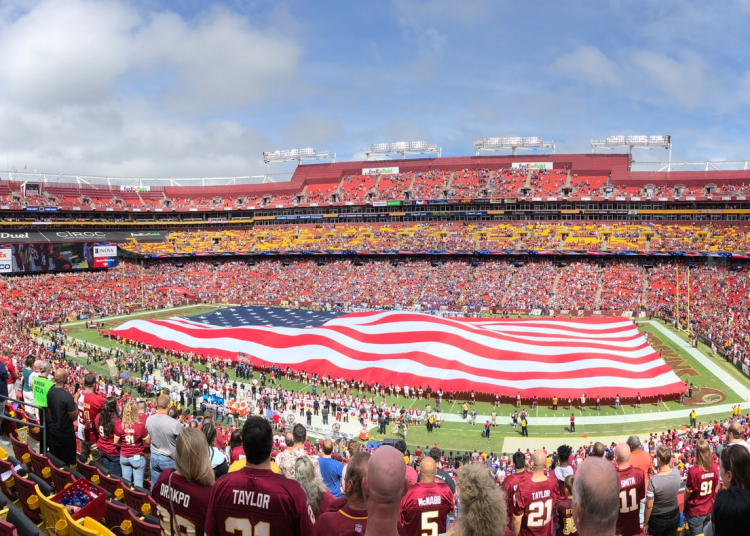 Perhaps the best part about elite top-level sport is the supporters who frequent games to spur on their favoured team to victory. This can get heated, turn sour or be a huge let down, but it can also be passionate, exhilarating and a winning feeling like no other – which brings these devout fans back time and again. The athletes performing know the role the fans play and will react accordingly, making the importance of spectators even more important, and spurring on these individuals to perform at an even higher level. It’s fun to watch sport on the TV from afar at a bar or on your couch, but there’s nothing quite like spectating the event in person. Let’s have a look at the most exciting spectator sports in the world!

One of the oldest sports still going and known for its upsets, huge gambling culture and unforgettable days out at the tracks, horse racing is undoubtedly one of the most exciting spectator sports. The favourite only wins a third of the time, throwing upsets into the mix in the majority of races, with the unpredictability of horse racing drawing in fans from around the world alongside the talent of the horses, trainers and jockeys who compete at a dangerously high level. Watching and betting from afar on races is fun and the gamble certainly adds that extra flavour of adrenaline, but when it comes to horse racing there is nothing better than getting yourself to the most famous tracks for a day out at the big calendar events. The Grand National, Kentucky Derby and Melbourne Cup are to name but a few historic and momentous occasions in the horse racing year worldwide. Punters get all dressed up, have a healthy flow of alcohol and place endless bets at the many bookmakers at the side of the tracks. Indeed, attending a horse racing event is like no other sport. It is a whole day out where the sport itself actually is less important than the atmosphere and other happenings throughout the day. Almost festival-like horse racing provides not only a day out but a chance to see your pony flash past the finish line with momentous celebrations and the possibility of maybe even winning a few bets in the process!

You cannot overlook the most popular sport in the world when it comes to spectator sports. Not only does it have the most fans but it also has the most players from youth in the streets to the athletes at the pro-level, football spans across the globe. This is reflected in the passion and atmosphere which is created at football matches. The way the spectators and fans display their love for the game is unrivalled with any other sport. Exhilarating on the field performances are often met with special moments off it. From chants to cheering, jeering to jubilation the fans support their clubs in competitions around the world through thick and thin. The high-paced, skilled nature of professional football helps create an atmosphere like no other and rightfully earned its place as one of the most exciting spectator sports.

Whilst many don’t follow the sport worldwide, hockey and the NHL is big in North America. It has a large fanbase and is known for rough games with exceptional talent and fast pace. Despite this, I think its relatively complicated logistics make it hard to be accessible to many in the world. This does not retract from the sport at all however. Hockey games on the TV can be fast-paced and end to end. But there’s nothing quite like viewing hockey live, particularly in events like the Stanley Cup which sees the best teams against each other. The brawls and tense atmosphere brings in spectators from around the world. Not only is it fun to watch in the pub but it is also a spectacle to behold when viewing it inside the rink.

Many disregard golf as a boring old man sport. Some actually try to argue it isn’t a sport… But the technical and skilled strategy that is required to execute good golf is the lure, which draws in fans from around the globe. And whilst a marathon round can be exhilarating when it goes down to the last hole, there is nothing quite like spectating this sport live. Being so close to the players and the shots gives a real intimacy and insight into the talent which pro-golfers need to possess to compete. You start to feel like you are part of every shot the player you are supporting takes as fans are allowed within meters of their revered stars.

Stamina and endurance, both mentally and physically are the name of the game when it comes to tennis. Some matches can last hours with constant back and forth from finely tuned athletes. Whilst it can be grueling for those competing, those watching are bound to find a good match of tennis exhilarating. Fans who frequent the big tennis games will tell you just how intense and special the atmosphere within the courts can get. This is particularly emphasised when its two bigger players facing off, mixed doubles tournaments (a bit of a fan favourite) or on Centre Court at Wimbledon. There are of course other massive competitions around the world throughout the tennis calendar but the biggest is by far Wimbeldon. The circumstances and tradition around this specific tournament add excitement to the sport before anyone has hit a ball and the atmosphere here as the tournament proceeds is amazing.

Big Tips for Betting on Your Favourite Sports