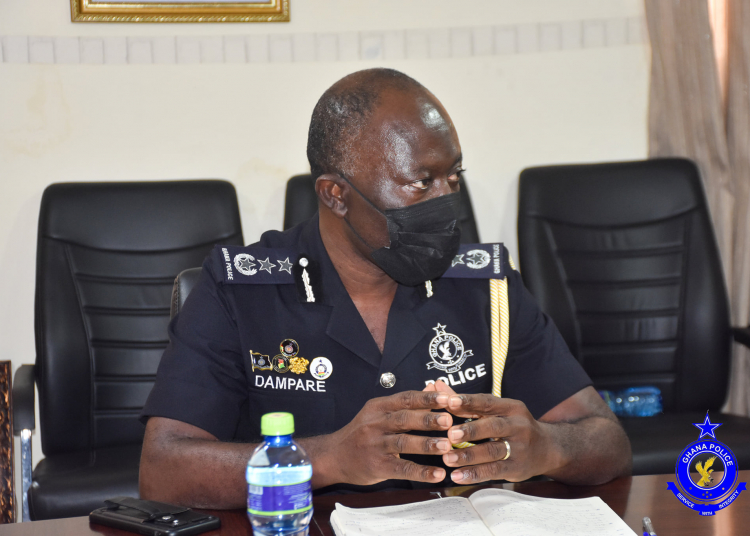 A statement by the Police explained the circumstances that led to the driver’s arrest.

“On Sunday, November 28, 2021, at about 12:30 pm, Inspector General of Police (IGP), Dr. George Akufo Dampare was onboard service vehicle No. GP 1 traveling from Anyinam direction towards Accra.”

“On reaching a section of the road at Akim Nsutam on the Accra-Kumasi Highway, whiles in traffic, a Toyota Land Cruiser V8 with registration number, GB 3729-20 driven by one Gilbert Tweneboah Danso aged 29 years with one person on board, who was coming from the same direction failed to observe traffic ahead and drove through the opposite lane forcing oncoming vehicles unto the shoulders of the road. He was subsequently pursued by the IGP and arrested.”

The suspect was then handed over to the Kibi District Commander, who in turn handed him over to the Divisional MTTD Kibi for further action. The suspect has been detained and is assisting the police with the investigation.

“When the vehicle’s insurance was checked with the National Insurance Code *920*57# it revealed that the vehicle is a Toyota Vitz.”

“Exhibit Toyota Land Cruiser No. GB 3729-20 has been impounded at the Kibi District Command. No. 40748 G/Sgt Raphael Kofi Sallah is in charge of the case.”

“Further developments will be communicated to you sir,” the statement added.