The Boko Haram sect threatened Buhari in a new video released some hours ago, where the leader of the terrorist group issued a warning to the President against making any move, which could backfire on him and the entire citizens of Nigeria.
Naij.com reports that the head of the sect who read out his pre-prepared message, said the group could be forced to unleash an attack on Aso Rock Villa.
The insurgents also warned the president against joining alliance with other countries as that would mean treading on their path and further reaffirmed their allegiance to the Islamic State (ISIS).
Reading his speech from a piece of paper the leader of the dreaded terrorist organisation said:
“Verily, the enemies of God have organised meetings to seek for solutions to what they found themselves in despair and dejection.
“They are trying to free themselves, their representatives and leaders from the hardship. They gathered all their forces with a pledge using media, radio and internet that they would finish the soldiers of monotheism. The enemies of God are being punished through loss of their lives, properties and ammunitions.
“This is in Nigeria, Cameroon, Niger republic’s border or in Chad, their allied forces became afraid when they saw our fighters even after their alliance. Even though they support themselves and the followers who committed apostasy and the Shiites, that did not benefit them.
While we, the monotheists reaffirmed that victory is really from God. And this alliance has made us continue in this path of cleansing this land off unbelievers and those who turn their back on Islam.
It is a tradition of unbelievers at any time and any generation when they lose hope from stopping the truth. They run to organise their plans and spread lies to Mujahid fighters so they can stop people from following the path of God.
“If you do not believe this, as those who fought us in the towns of Gudunbali and Geidam. We warned them against any joint alliance with either Chad or Niger republic. The government is threading the path of the infidels. God is the greatest of all planners. They all planned, but God is the best of all planners.
“We will fight the whole of Africa, because they are all unbelievers. With our consensus, they are all unbelievers. Their forces will all gather to harm us, but they will fail, because they will not see us. Even if they block all the entrances, we will still get in.
Consequently, we will continue with our efforts until the religion of Islam takes over. And if they refuse or are stubborn, we will attack them. In Africa, our role model is Sheikh Abu Muhammad Abubakar (May God protect him).
“Our brothers who are fighting like us are in Syria, Libya, Iraq, and other places. By God’s grace, we will continue to move on. There won’t peace. There won’t be security. There won’t peace of mind, until all the unbelievers return to God. All of you will not know any happiness, unless the unbelievers among you have faith in God and accept His way.
“We are saying President Muhammadu Buhari is an infidel (unbeliever). Christians don’t have any importance at all. We don’t have anything to do with them at all. They will still blame themselves. And a time will come, whereby their complaint will not be useful again.
“Buhari, in your house, called Aso Rock Villa, we believe you are watching us right now. Be careful of us. At this place we are standing, we are speaking with one voice on behalf of all the Muslims.
“You believers, if a bad person comes to you to inform you about something, be careful of such a person. Therefore, all radio houses, the internet, and all media of news dissemination, are all following the path of the infidels.
“We are saying that the soldier of Muslim is Abu Bakr Baghdadi. We are telling our followers to be patient and rely on God. Because, a time is coming when we will give thanks to God on our achievements.” 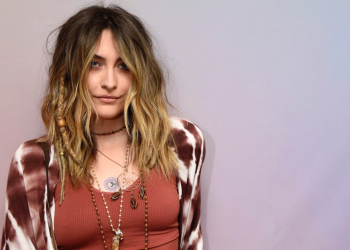 Several petitions by Christian organizations are urging for the cancellation of a controversial film that blasphemes Jesus Christ. CBN News...

Mahmmoud Omar Mohammed Bin Atef, the 36-year-old Yemen citizen, and one of the two prisoners discharged by the United States...

One of Ghana’s iconic figures in entrepreneurship Patrick Awuah has won a prestigious international award for his good work. The...

Some Rich Ghanaians Are Hiding $89 Million of Taxable Money In Switzerland.

Details in a global leaked report have uncovered a total of $89 million of taxable money illegally stashed away in...